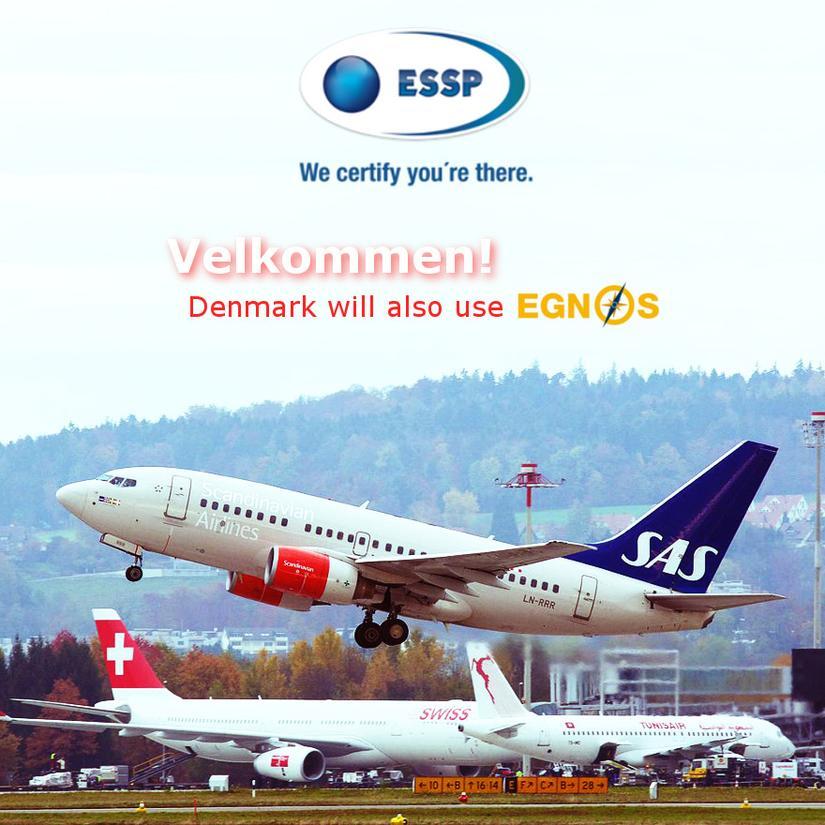 ESSP and Danish Air Navigation Service Provider Naviair have recently signed an EGNOS Working Agreement (EWA) as a key step for the implementation of EGNOS-based approach procedures (LPV procedures) to be used at the different Danish airports.

The signature of an EGNOS Working Agreement establishes the operational and legal framework to use the EGNOS Safety-of-Life Service as navigation aid between the EGNOS Service Provider – ESSP - and the Airport / Navigation Entity willing to use this service. The EWA is the prior step to the publication of APV-1 SBAS approaches that offer similar performance to ILS CAT 1.

Aarhus Airport, in North-west Denmark, is planning to publish one of the first LPV procedures (EGNOS- based)  in the next months.

Thierry Racaud, ESSP CEO said “From now on airports in Denmark can benefit from the publication of EGNOS-based procedures that will improve airplanes approach performance and accessibility, especially in case of bad weather conditions”.

From Naviair, COO Claus Skjaerbaek said ”The agreement between ESSP and Naviair enables Danish Airports to establish and operate EGNOS based approach procedures (LPV procedures) which will give airports increased possibilities to maintain continuous and safe operations".