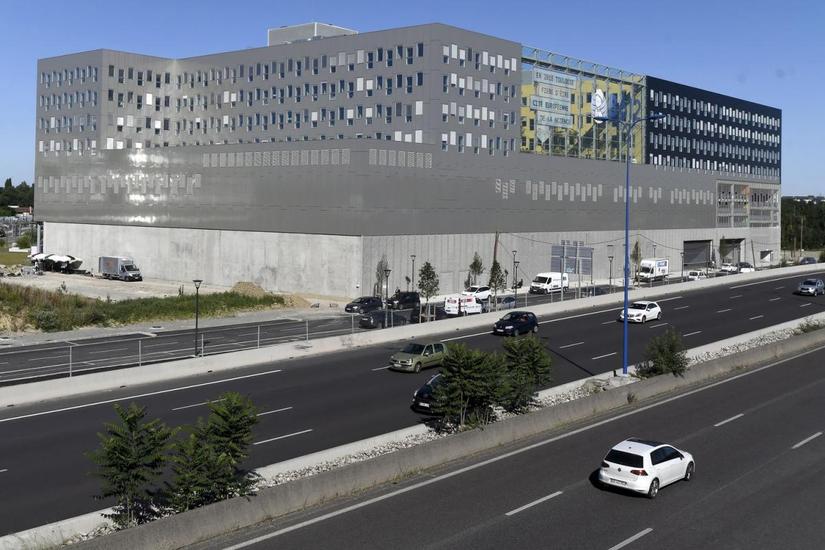 Official Inauguration of B-612 building in Toulouse: temple of aerospace innovation

After 2 years of work, and an investment of approximately € 70 million, the new innovation temple dedicated to Aeronautics and Space research was inaugurated on Monday, June 25th in Toulouse, with the attendance of more than 700 guests, including the family of the famous writer Antoine de Saint-Exupéry and other local personalities.

B612 is at the heart of the Toulouse Aerospace innovation area.

This building is a pioneer in the development of a large new campus where new emblematic facilities related to Aeronautics and Space are also foreseen in the near future.

This imposing 24,000 m2 glass and metal building is located on the edge of the Southern Ring Road bypass on the Montaudran campus.

ESSP-SAS headquarters, IRT Saint-Exupéry, and the world-class Aerospace Valley offices are already housed in it.
As you may know, the IRT Saint Exupéry’s mission is to explore and develop technological breakthroughs through collaborative research in its three key domains (new composite materials, electrical plane, artificial intelligence & embedded systems). Its pioneering spirit and drive to innovate is directly inspired by its famous namesake, aviation pioneer, writer and engineer Antoine de St Exupéry.

The other ESSP’s neighbour in the building: Aerospace Valley is in fact a French cluster of aerospace engineering companies and research centers. The over 500 affiliated companies (including Airbus, Air France Industries and Dassault Aviation and ESSP) are responsible for some 120,000 jobs in the aviation and space industries. Aerospace Valley strives to create an ambitious 35-40,000 new jobs by the horizon year 2025.

The name of this great building is B-612, in tribute to the name given by the writer Antoine de Saint-Exupéry, 75 years ago, to the asteroid from which his hero, the Little Prince, came from, in the famous book.

That is why a huge white balloon, the most impressive icon of the building decoration in this ceremony, was placed in the hall of the building representing the B-612 asteroid.

Main hits in the inaugurational ceremony:

The event started with an impressive artistic performance of acrobatic figures around the asteroid::

That artistic performance was followed by the projection of the film about the B612 building (inc.ESSP). If you want to see it complete follow this link.

After the video was broadcasted, the public attended the unveiling of the inaugural picture, followed by some official speeches, and finally the award of the B612 trophies took place and ESSP-SAS was honored receiving one of them in the hands of Thierry Racaud.

After that, the building was officially inaugurated and the cocktail started.

During the cocktail as well, a visit of the B612 building by the official VIP delegation took also place. This presentation was led by Thierry Racaud with the intention of showing this group our facilities and operational technology resources.

To finish this article, we invite you to see more photos around this event in our ESSP Website Media gallery.