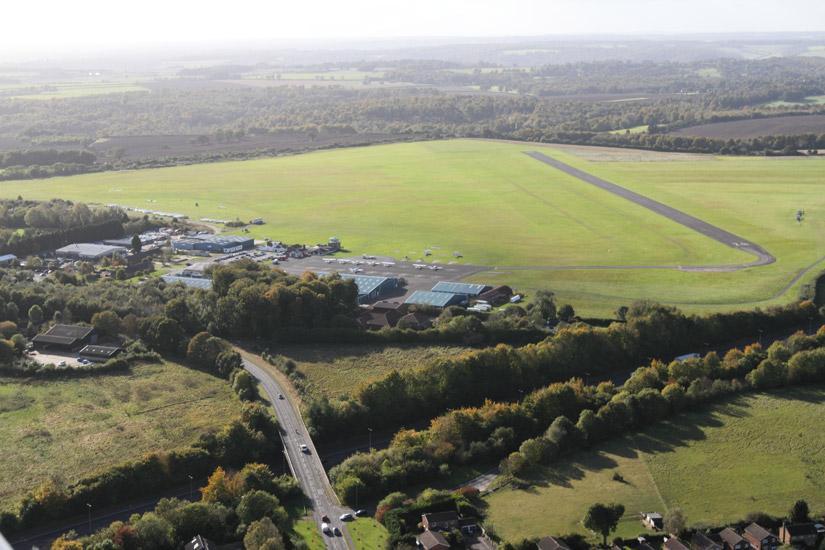 EGNOS Service Provider, ESSP, and Airways Aero Associations, AAA, have recently signed an EGNOS Working Agreement (EWA) as a key step for the implementation of EGNOS-based approach procedures (LPV procedures) to be used.

The agreement was sealed on 1st November by AAA CEO, Sean Brown and Thierry Racaud ESSP CEO.
The signature of an EGNOS Working Agreement establishes the operational and legal framework to use the EGNOS Safety-of-Life Service as navigation aid between the EGNOS Service Provider – ESSP - and the Airport / Navigation Entity willing to use this service. The EWA is the prior step to the publication of APV-1 SBAS approaches that offer similar performance to ILS CAT 1.

Wycombe Air Park, celebrating in 2015 its 50th year of opening, has over 90000 movements per annum; and apart from the aerodrome facilities, hosts a number of flight training organizations.

According to AAA CEO, Sean J A Brown, “the signing of the EWA is a key step in the development of a GNSS approach procedure at Wycombe Air Park, which we aim to implement following regulatory approval in Q2 2017. This will initially enable Booker Aviation’s instrument training fleet, followed by other suitably equipped aircraft, to carry out approaches to a higher degree of safety than offered by the existing visual approach during low cloud base operations. A lot of hard work has gone into the GNSS process so far and I would like to thank the team at ESSP and Kris Black for making this happen. The agreement is a major milestone in the plans to make Wycombe Air Park the best general aviation airfield close to London”

Thierry Racaud, ESSP CEO said “the signature of an EWA is the first step for the implementation of EGNOS- based approach procedures within an airport. We are glad to cooperate in increasing safety and accessibility to Wycombe Air Park/Booker”.