We are the EGNOS Service Provider

The ground stations gather data on the current accuracy of GPS signals (and Galileo signals in the next version EGNOS V3) and embed it in the EGNOS signal, which is uplinked to the satellites to be transmitted to users.

EGNOS is designed against international standards set by the International Civil Aviation Organization (ICAO) and its development was coordinated with other satellite-based augmentation systems around the world: MSAS in Japan, WAAS in the US, and GAGAN in India. 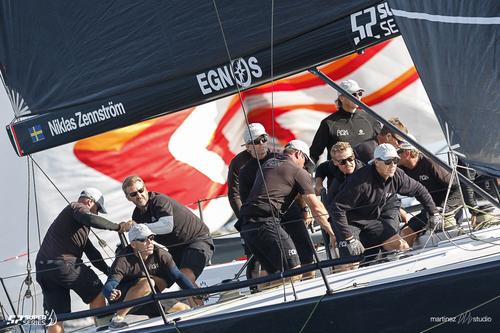 Since 2009, ESSP (European Satellite Services Provider) was awarded a contract by the European Commission (EC) and then by the European Union Agency for the Space Programme (EUSPA) to act as the EGNOS Service Provider.

ESSP is in charge of the operations and maintenance of the EGNOS system, the compliance with safety standards and the delivery of the EGNOS services to the users:

-The Open Service, for applications where human life is not at stake, such as personal navigation, goods tracking and precision farming (available since October 2009).

-The Safety-of-Life Service, where human lives depend on the accuracy and integrity of the signals, became available for its primary purpose of aircraft navigation (beginning with vertical guidance for landing approaches) in March 2011; the LPV-200 service was declared operational on September  2015.

-EDAS (EGNOS Data Access Service) which offers internet access to EGNOS data. EDAS is the single point of access for the data collected and generated by the EGNOS infrastructure. The main types of data provided by EDAS are:

For more information about EGNOS and it services, go to the EGNOS User Support Web site : https://egnos-user-support.essp-sas.eu/