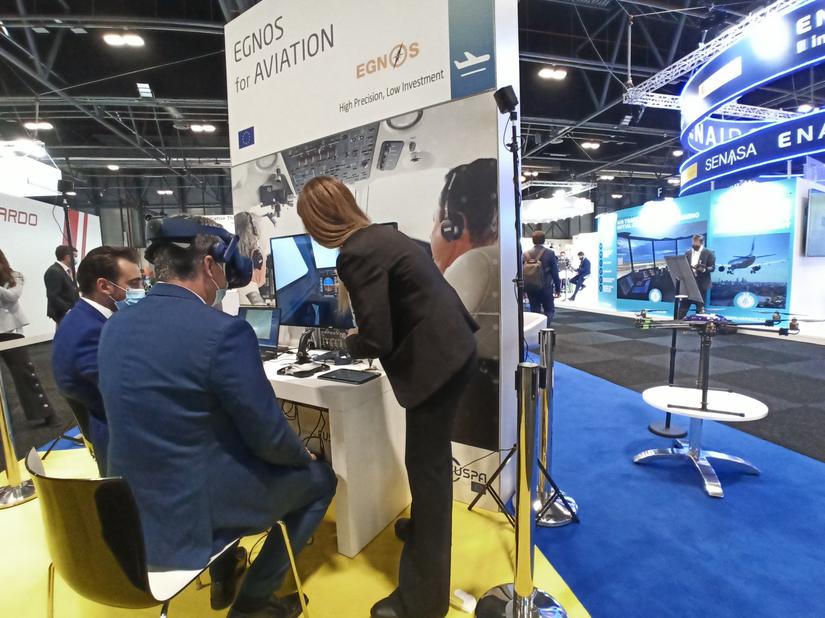 The European GNSS programs EGNOS and Galileo attended the call of the annual ATM congress (WATM) in this first in-person edition in two years, and assisted with the latest news on satellite navigation referring to aviation, urban mobility and search and rescue (SARS). The EU Agency for the Space Programme (EUSPA), former GSA, as the company designated to manage the three systems that make up the European Space Program; EGNOS, Galileo and Copernicus presented their essential role in the development of the drone sector in Europe and the Urban Air Mobility of the future.

This edition 2021 edition of the worldwide congress was hold in Pavilion 9 of the IFEMA venues in Madrid from October 26 to 28, and this time it also included a new edition of Expodrónica with 50 exhibitors.

Organized by the Civil Air Navigation Services Organization (CANSO), in collaboration with the Air Traffic Control Association (ATCA), the World ATM Congress collected this year the latest trends and advances related to the area of ​​territorial navigation, and brought together professionals dedicated to air traffic management and leading international companies in the manufacture of aircraft and air navigation systems 6,000 professionals from 110 countries gathered, and had the presence of 130 companies from the aeronautical sector as well as 90 air navigation services providers.

During a Wednesday morning presentation, Katerina Strelcova Market Development Innovation Officer at EUSPA outlined that EGNOS, which is underway in more than 800 airports, makes navigation signals more accurate and reliable and helps to optimise capacity use and reduce emissions. Strelcova said that by enabling vertical and horizontal approaches up to 200 feet, it creates fuel savings by minimising diversion distance and reducing departure weight. It can also reduce urban noise footprints and may offer shorter trajectories due to more flexible designs.

After that, the Delorean project on testing satellite technology for Urban Air Mobility with Airbus and Correos, was presented and explained how the European Global Navigation Satellite Systems (Galileo and EGNOS) unleashes the full potential of present and future air operations, and will contribute to the deployment of Urban Air Mobility services within and around a city environment. DELOREAN demonstrates through real flight test in Benidorm (Spain), how European space systems are to be considered a key enabler technology for the introduction of safe urban air operations. The project has received funding from the European Union Agency for the Space Program under the European Union’s Horizon 2020 Research and Innovation Program.

An EWA is an important first agreement signed by the ANSP and the EGNOS SERVICE PROVIDER as a first step to start implementing EGNOS-based approach procedures in a specific aerodrome. The EGNOS WORKING AGREEMENT (EWA) is framed into the EU Space Programme actions to get the highest security rates and accuracy systems in aviation through Satellite Based Navigation Protocol. All of these services are offered by the European Commission to all European Aerodromes free of charge.

Inmediately afterwards, FINTRAFFIC ANS responsible for managing the use of Finnish airspace, providing flight routes and air navigation services at airports in Finland, received an award recognition for publishing recently, even with the great difficulties than the world is facing, a large number of new EGNOS LPV procedures, 38 in fact.“Safety, punctuality and competitiveness” are the attributes they assume in their service, and this is definitely a proof of it. The award was presented by ESSP CEO, Mrs. Charlotte Neyret, and it was received by Mr. Raine Luojus – Fintraffic CEO. 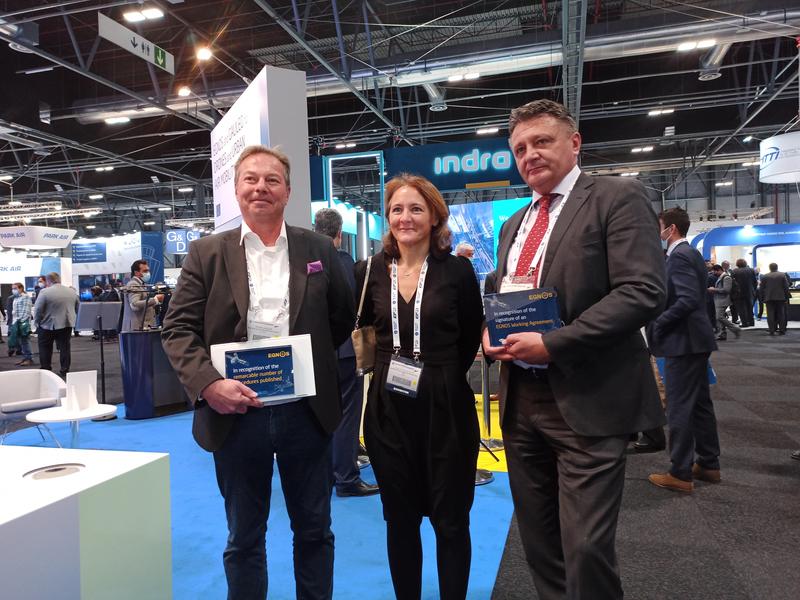 Hope to see you next in our EGNOS WORKSHOP to take place on Dec. 2 online. Registration is open!