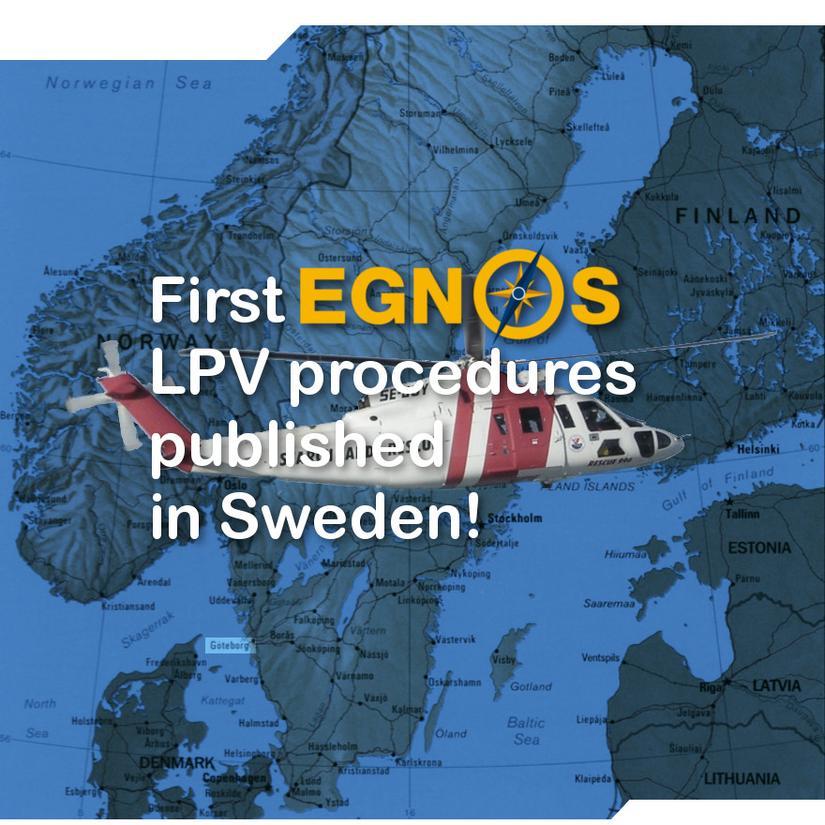 On 18 September 2014, Gothenburg City Airport became the first in Sweden to publish an EGNOS-based approach procedure. As a result, today runways 1 and 19 are operating LPV (Localiser Performance with Vertical Guidance) landing procedures.

“For the aircraft, the use of the new procedures will improve safety, increase capacity use, and save on costs over the long term” says Annika Nyberg, CEO of Gothenburg City Airport.

LPV procedures are already in use in more than 114 airports across Europe, providing a cost effective alternative equivalent to conventional ILS CAT I instrument landing procedures. LPV offers similar performance without the need for significant on-site infrastructure installation and maintenance. For these reasons, it is becoming a very valuable navigation aid to small and medium-size airports, increasing safety and accessibility to those aerodromes.

Gothenburg City Airport was chosen for first implementation in a pilot case launched by GSA due to two aircraft operators showing interest in LPV procedures and several EGNOS-equipped aircraft already flying from the airport. In addition, it was an ideal location for a pilot implementation project.

“LFV has done a great job in design, construction and implementation of new approach procedures,” says Karin Schagerlind, Head of Operations, LFV Air Traffic Services at Gothenburg City Airport. “With the right training we are now excited to start a procedure that will benefit aviation a great deal.”

LFV, the Swedish air navigation service provider, is currently working to publish LPV procedures at Sweden’s Storuman airport, also supported by GSA. LFV has final contracts with four further Swedish airports to start SBAS procedure design and implementation, and is also discussing offers with a number of other airports across the country.