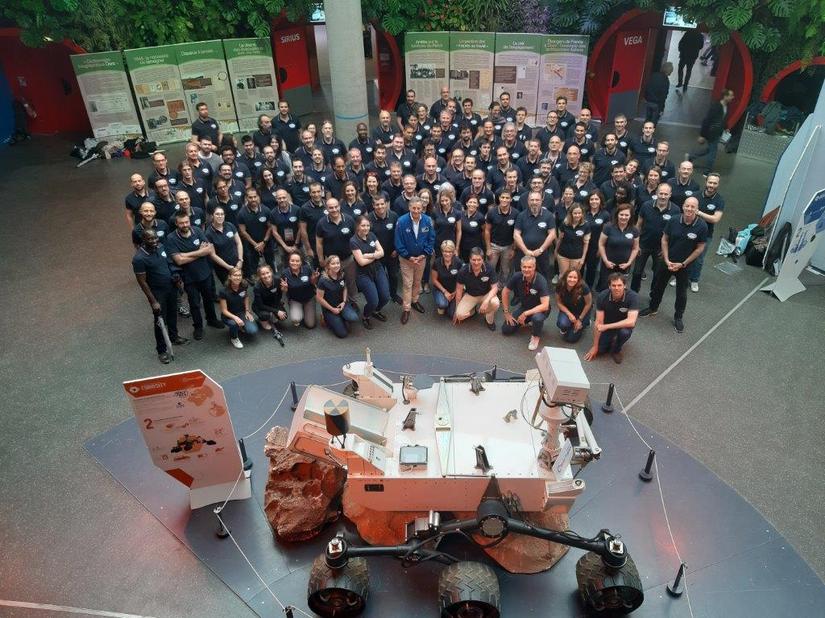 A Celebration to Remember: 10 Years of Excellence

On May 23-24, 2019, ESSP colleagues met in Toulouse headquarters, to celebrate the company’s 10th anniversary since it started delivering the first EGNOS Service Provision contract with the European Commission in April 2009.

Over 120 participants attended the two-day event that kicked off with a networking day full of conferences and workshops at the new B612 building where ESSP premises are located in Toulouse. 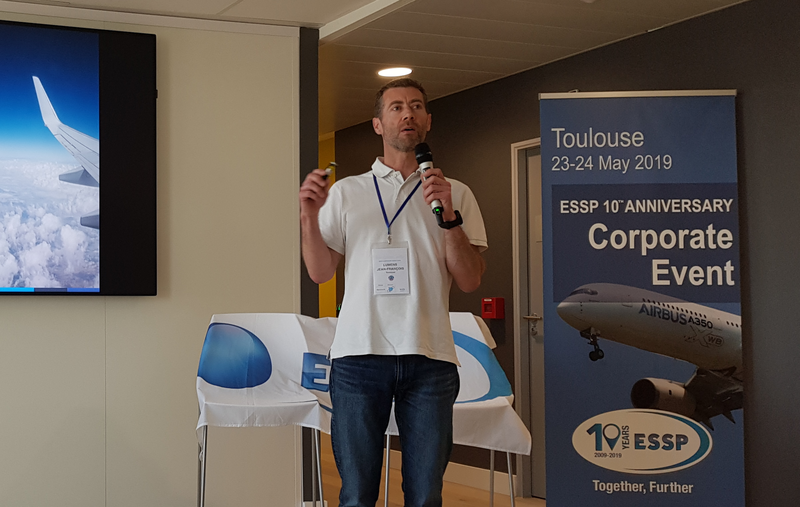 Jean-François Lumens during his presentation

During the luncheon, Thierry Racaud handed out awards to the many employees who joined the company at its early start in 2009. 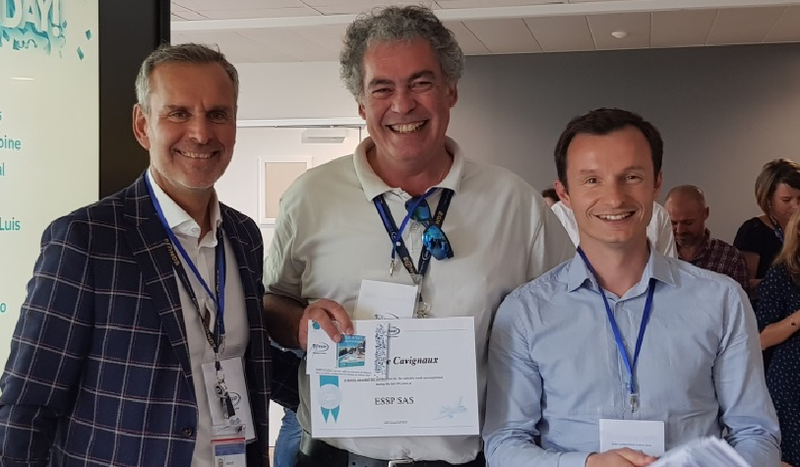 "Thanks to its committed teams, ESSP provides high professional support to our customers, in terms of operations, service provision, and in the development of new applications and services.

Thanks to its committed teams, ESSP provides high professional support to our customers, in terms of operations, service provision, and in the development of new applications and services. When asked to our customers, “trust”, “reliability” and “expertise” are what they think best characterize us and I would like to thank all staff who contributed to build such valuable reputation during these past 10 years. Racaud said.

After this session, a trendy evening cocktail reception was organized to celebrate this important achievement.

Conversations centered around the first years of the company, and its projection for the next 10 years which target new services for connected aircrafts and drones.  The following morning attendees were up early ready for a complete day of sessions scheduled at La Cité de L’Espace where surprises were waiting for them, amongst which a discussion with Michel Tognini, a French astronaut.

With a few closing remarks from Thierry Racaud, the 10th Anniversary internal celebration came to a close.

Attendees shared these thoughts with us:

Achieving 10 years for any organization is a great accomplishment. The ESSP has been a significant contributor to the growth and development of the satellite navigation services in Europe. The celebration held in Toulouse has been an example of targeted learning, fellowship, member engagement and an all around fun time. Thank you for it.

I had the pleasure of attending the ESSP 10th Anniversary in Toulouse this year. I took a lot out of each session and was able to bring that back to my workplace. A huge thanks to all who worked hard to organize a world class event!

Back in April 2009, ESSP started its first EGNOS Service Provision contract with the European Commission, and a few months later the EGNOS Open Service also became available to all users.

A year later, ESSP was certified by EASA as the FIRST PAN-EUROPEAN ANSP to allow cross-border delivery of AirTraffic Management Services.ESSP was founded by 7 key European Air Navigation Service Providers:

Having grown to a 120+ Team, the business success has been built on trust, professionalism, competence, passion and a commitment to offering an optimum service.

The EGNOS Service Provision contract is funded by the European Union and managed through the European Global Navigation Satellite Systems (GNSS) Agency (GSA), with a clear mandate to help foster the use of satellite navigation within Europe and particularly in the domain of aviation. As such, we manage the second largest contract in space by the European Commission.

In addition to the provision of EGNOS Services, ESSP expertise allows us to deliver new activities and projects in the fields of: