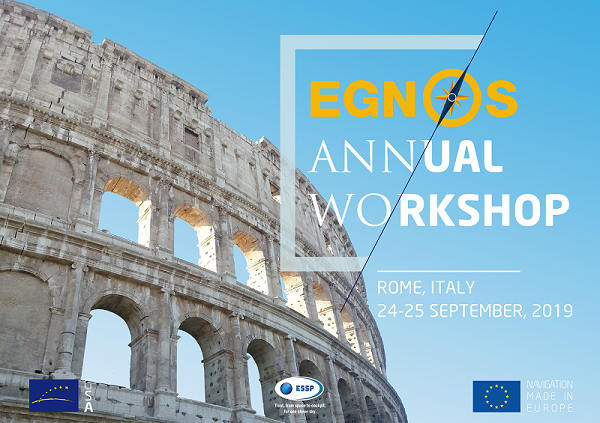 The EGNOS ANNUAL WORKSHOP 2019 celebrated at the ASI (Italian Space Agency) in Rome this year, gathered entrepreneurs and SMEs, along with business and public sector professionals from industry to share remarkable EGNOS implementation examples in every domain (Aviation, Rail, Maritime, Survey, Mapping, Agriculture) and how European Satellite Navigation programs are tackling the highly speed growth of the market penetration as well as the maturity and stability offered by the EGNOS services to European users.

With nearly 200 attendees coming from 38 different countries, this one of a kind event organised by GSA and ESSP proved its strong interest for EGNOS.

Thank you to all who attended!

This workshop presented a new ecological approach at the organization level, reducing paper printed and promotional merchandising and committed with a Non-Governmental Organisation which works in the protection of the environment through CO2 offsetting with a donation made with all the savings.

Mr. Enrico Russo, Technical Director at ASI opened the event giving the first Welcome speech as the host of the event.

Mr. Carlo de Dorides, Executive Director of the GSA, in charge of EGNOS for the European Union gave encouraging statement on EGNOS:

“EGNOS is really becoming the reference for future civil aviation, the PBN regulation implemented in July last year has opened a new paradigm for the new traffic leading to EGNOS approaches to all airports by 2020 to 2024”.

In his welcoming speech Mr. Thierry Racaud, ESSP CEO, congratulated GSA “for the remarkable work achieved by the Agency during these last 15 years, for the competence it has gained and the trust the users place in E-GNSS, and for its global recognition which is now undisputed”

The workshop featured some presentations from high-level professionals as well as key user communities that demonstrated the substantial progress that the implementation of EGNOS have made in the different domains.This workshop also dedicated an important session to see examples of the EGNOS implementation stories in aviation lead by brilliant and diverse speakers from the EGNOS user community such as ISAVIA, NLA (Norske Luftambulanse), ENAV (Italian ANSP), Croatia Airlines and Croatia Control, who explained the different opportunities and benefits that EGNOS brings into their activities. 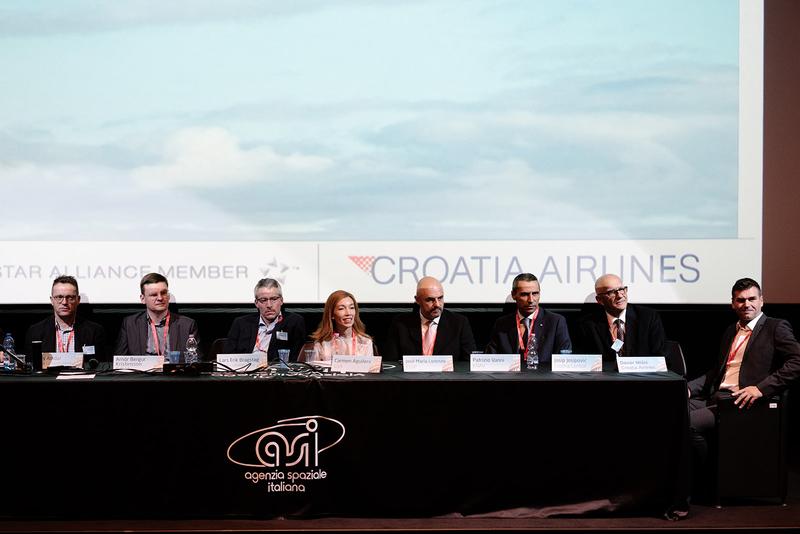 The day continued talking about the EGNOS performance in “Safety of Life Service in the aviation segment”, starting with a complete review on the situation and strategy in aviation, followed by a review of the impact of EASA new regulation 373, and the use of EGNOS for drones operations, to finalize with an interesting presentation about the SBAS DFMC receiver development.

The day concluded with some of the most notorious examples that have recently taken place regarding the implementation of EGNOS in aviation, successful stories addressed by speakers such as Airbus, that specifically explained the EGNOS implementation on the A320 and A330 aircraft families.

In the EGNOS Annual Workshop, the EWA and LPV Awards gave an special recognition to all European ANSP’s that have signed an EGNOS Working Agreement this year or who have already implemented a LPV procedure.

This year the winners were:

The 9th EGNOS ANNUAL WORKSHOP also included sessions fully dedicated to knowing more about our EGNOS users in other domains where EGNOS is also achieving an important market penetration with speakers specialized in Maritime and Land applications.

“The figures speak for themselves: EGNOS has doubled the number of users in the last years, and a great number of decision makers in several sectors (aviation, agriculture, maritime…) see expanding the use of EGNOS Open Service as a high priority”

GSA is now launching a campaign to raise awareness on EGNOS for general public. This can be viewed here. Let’s share!

• Speakers presentations are available at the EGNOS User Support Website.

• See images in the gallery.

About ESSP: ESSP is an experienced and dynamic company specialized in the operations and provision of satellite-based services for aviation
Its core activities are the operations and service provision of EGNOS, the European Geostationary Navigation Overlay Service.
About GSA: The GSA’s mission is to support European Union objectives and achieve the highest return on European GNSS investment, in terms of benefits to users and economic growth and competitiveness.