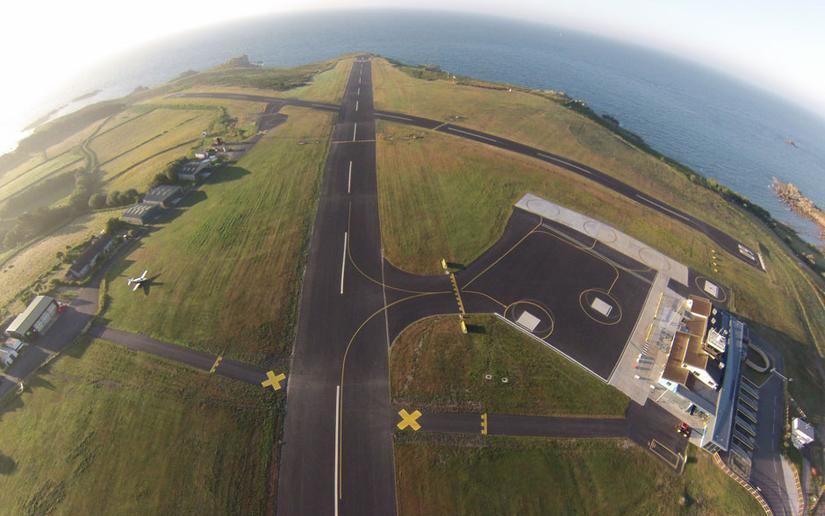 EGNOS Service Provider ESSP and Saint Mary’s Airporthave recently signed an EGNOS Working Agreement (EWA) as a key step for the implementation of EGNOS-based approach procedures (LPV procedures) to be used in these islands. The agreement was sealed on August by Theo Leijser Chief Executive Scilly’s Council and Thierry Racaud from ESSP. The signature of an EGNOS Working Agreement establishes the operational and legal framework to use the EGNOS Safety-of-Life Service as navigation aid between the EGNOS Service Provider – ESSP - and the Airport / Navigation Entity willing to use this service. The EWA is the prior step to the publication of APV-1 SBAS approaches that offer similar performance to ILS CAT 1.

Thierry Racaud, ESSP CEO said “we are happy to have a new member in the EGNOS family. This makes number 37 of EGNOS Working Agreements signed between ESSP and European Air Navigation Services Providers. From now on, the Isles of Scilly can benefit from the publication of EGNOS-based procedures that will improve the national airports’ performance and accessibility, as done in other European countries. This EWA paves the way for the first LPV procedure in a non-instrumental runway in UK, which will pioneer the use of EGNOS for this type of airports in UK”.

Theo Leijser, Chief Executive Scilly’s Council added, “At present, St. Mary’s Airport is served by Non-Precision NDB approaches to Runways 27 & 32 only. As the lifeline link with the mainland UK, commercial and flight safety considerations demand an upgrade to GNSS/LPV procedures for the Airport. The Islands current sole air transport provider Skybus has equipped its fleet of DHC6 and will be equipping their BN2 aircraft in due course in preparation of the Airports’ GNSS procedures coming into operation. Working closely with the UK CAA we are currently undergoing the validation and approval process for GNSS/LPV approaches to all four Runways at St. Mary’s with a target of introducing the procedures early in the second quarter of 2016”.