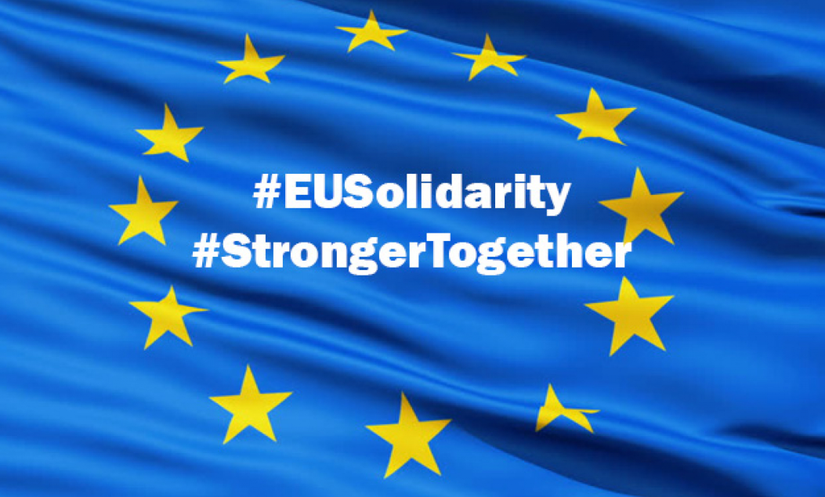 As the European Union celebrates Europe Day on May 9, we take a look at how the EU space programmes, themselves a result of European cooperation, are helping the European Union achieve concrete goals of a more united and prosperous Europe.

Europe Day 2020 marks the 70th anniversary of the signing of the Schuman Declaration in 1950, which laid out a blueprint for the creation of a new era of peace and prosperity in Europe. The European Union that grew out of this Declaration has among its key goals to promote scientific and technological progress and enhance economic, social and territorial cohesion in Europe. Space is playing a key role in reaching these goals.

By working at European level to deliver benefits to all Europeans, the Galileo programme embodies the EU spirit. Made possible by cooperation between the EU Member States, it is civilian in nature – its core aim is to benefit EU citizens - and free of charge. It is also 100% European and guarantees EU independence in satellite navigation.

Space at the forefront
Galileo, along with the other components of the European Space Programme EGNOS and Copernicus, is at the forefront of scientific and technological innovation in Europe. These programmes are making a core contribution to growth in the European economy, through job and revenue creation and the provision of services that have a positive impact on people’s lives. In total, the space programmes account for the creation of an estimated 250,000 jobs in Europe.

Satellites and the location-based and Earth-observation services that they enable, are transforming the way we live and work. Space technology is driving innovation in almost all sectors of the European economy. From agriculture and transport to healthcare, space technology is underpinning technological progress. A current example, with consequences for transport, healthcare and the economy as a whole, is the “Galileo Green Lane” app.

Developed by the European GNSS Agency (GSA), in collaboration with the European Commission, the “Galileo Green Lane” mobile solution is part of the EU response to the COVID-19 pandemic. The app uses Galileo positioning to facilitate the free movement of freight, reduce waiting times at the EU’s internal land borders and prioritise the transport of essential goods. In so doing, it supports a fundamental principle of the EU internal market - the free movements of goods and freight.

Solutions for citizens
Galileo Green Lane is one of a range of space-based solutions that are being used to fight the COVID-19 pandemic. The GSA is compiling a repository of these solutions emergency response services, citizens and app developers to understand current needs and available resources.

In other areas too, the European space programmes are at the cutting-edge of innovation. In autonomous transport Galileo is supporting the development of new solutions, such as the ESCAPE GNSS engine (EGE), which was successfully tested in France at the end of last year, bringing autonomous driving one step closer.

From Galileo-enabled Search and Rescue and eCall, which are helping to save lives, to EGNOS-enabled precision farming, which is reducing the environmental footprint of the European agricultural sector, space is helping to make Europe safer, cleaner, and more prosperous. Earth observation is also a key tool in the EU’s efforts towards a better Europe, supporting environmental and climate objectives, for example, and helping to maintain the security of the EU’s external borders.

As stated in the Schuman Declaration: “Europe will be built through concrete achievements which first create a de facto solidarity.” So, on Europe Day, the GSA joins with all Europeans in celebrating European unity. The Agency, with its 200 staff from 21 different countries, remains committed to its core principle of leveraging space to meet the needs of European citizens, both during the current crisis and into the future.