While the exploitation of EGNOS is the responsibility of the EU Agency for the Space Programme (EUSPA), its services are delivered by the EGNOS service provider under a contract with EUSPA. Today, EUSPA formally announced that it has signed its new EGNOS service provider contract with European Satellite Services Provider (ESSP), a company specialising in the operations and provision of satellite-based services for critical missions such as for aviation and whose shareholders include seven leading European Air Navigation Service Providers (ANSPs).

“EGNOS is a very successful part of the EU Space Programme. ESSP has been a strong partner to achieve this result and I look forward to another decade of success,” said EUSPA Executive Director Rodrigo da Costa.

“As Europe’s first venture into satellite navigation, EGNOS set the precedent for what a successful space programme looks like,” added ESSP CEO Charlotte Neyret. “With this new contract, we look to raise the bar even higher.” 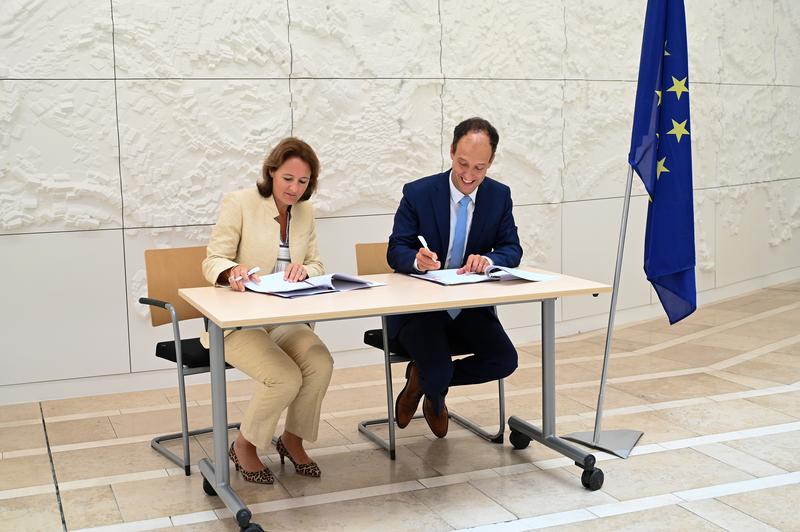 With EGNOS constantly expanding and evolving, the new contract will see ESSP performing some new tasks as well. For example, in addition to bolstering EGNOS’ use in the aviation sector, the company will look to further develop the service for the maritime, rail and drone sectors. It will also help improve the security of EGNOS V2 through the addition of new functions and by upgrading the system.

Then there’s EGNOS V3, the next generation of EGNOS that will augment Galileo signals. With ESSP set to play a major role in this transition, the company has brought on new partners, including Airbus Defence and Space currently in charge of the development of EGNOS V3.

Under the new contract, ESSP will work to further expand the EGNOS services in European Neighbourhood Policy South countries (ENP-South) and Ukraine. The company is in the process of setting up new RIMS in Nigeria and Chad, the operation of which will be subcontracted to the Agency for Aerial Navigation Safety in Africa and Madagascar (ASECNA).