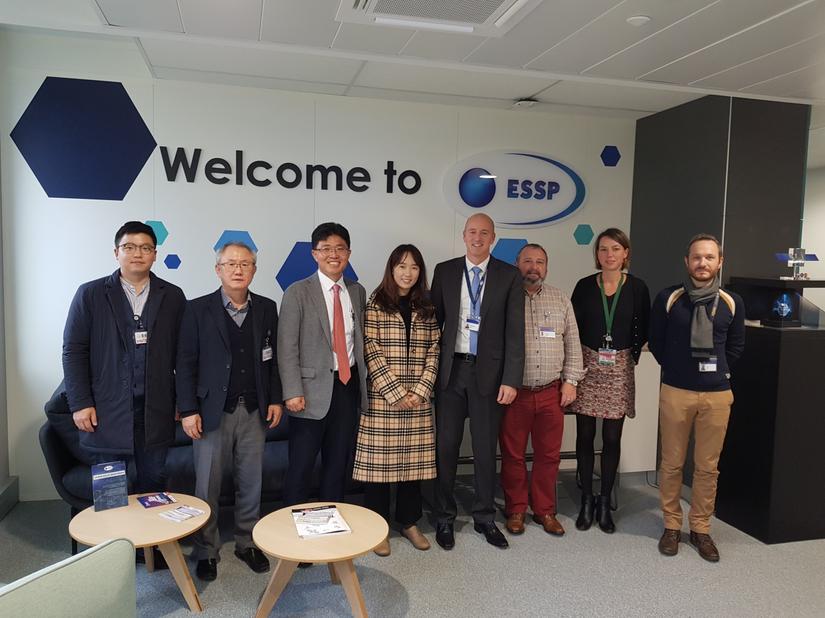 KARI renews its confidence in ESSP

After a first successful project whereby ESSP provided support to KARI for the future KASS Service Provider, a new support contract was recently signed in Toulouse in presence of a Korean delegation of  KARI (Korean Aerospace Research Institute) and of KAIA (Korea Agency for Infrastructure Technology Advancement), in charge of the KASS funding.

KASS is the Korean satellite-based augmentation system. It will augment GPS and will make it suitable for safety critical applications, mainly (but not only) for aviation.

This second contract aims to:

This activity will last ten months, with several checkpoints between ESSP and KARI experts. This new contract reflects the satisfaction and confidence between both organisations in this fruitful relationship established two years ago.

After the signature of the contract, Dr NAM, Director of the KASS programme for KARI declared:

“I am happy to have signed this second contract with the ESSP; this contract constitutes the cornerstone of an even greater collaboration in the future”.

“ESSP is honoured to accompany KARI in its strategic project and to bring its unique expertise in the implementation of KASS satellite navigation system”.

About ESSP : ESSP (European Satellite Services Provider) is an Air Navigation Service Provider for civil aviation.  The company is based in Toulouse in the B612 building on the Toulouse Aerospace campus, and in Madrid.