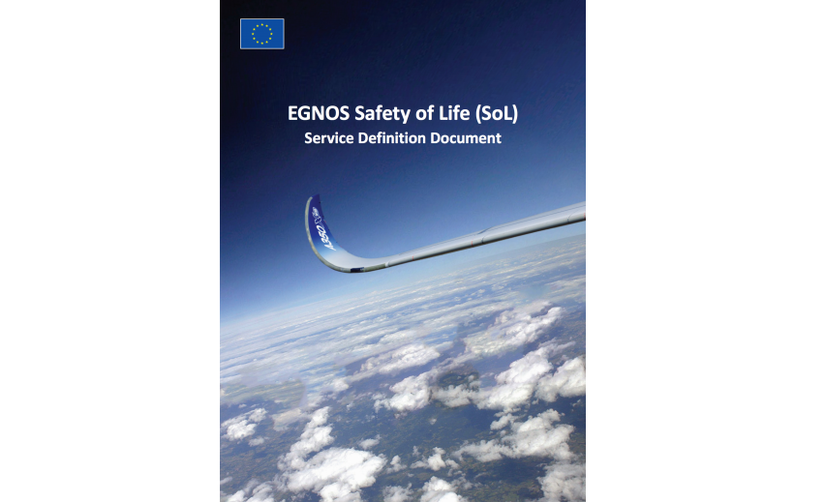 The GSA, under collaboration with ESSP SAS, has published a new version of the Service Definition Document (SDD) for the EGNOS Safety of Life service! This long awaited release comes with a whole new collection of many important topics and improved performances.

The EGNOS Safety of Life service, supporting in particular safety-critical operations in the aviation domain such as Approaches with Vertical Guidance (APV-I) and Category I precision approaches, has extended the availability coverage in the APV-I and LPV-200 service levels. In particular, we congratulate to announce a significant LPV-200 extension in the North of Europe, with an important increase declared over Norway, Sweden and Finland. Now covering excellently most of the ECAC member states, check the new maps in the SDD and see how EGNOS Service Area has been improved!

Even more, are you a user from a state which is not member of the European Union? Now, with EGNOS plans to extend its use to the neighbouring countries, the service can be provided outside the EU territories, providing that certain SES Regulation requirements and conditions are met. If interested, we strongly encourage you to contact the corresponding actor, defined in section 3.2.2 (table 3-2) within the SDD.

In addition, the use of EGNOS in some special cases as those airspace environments where Air Traffic Services (ATS) may not be provided, has been explicitly reflected for the first time, thus paving the way to extending the use of EGNOS to very challenging scenarios. Rotorcraft operators interested in EGNOS based Helicopter Emergency Medical Services (HEMS) operations, aerodrome operators functioning in non-ATS environments and other organisations with the corresponding approval of their competent authority are examples of actors who are not ANSPs but are eager to benefit from the use of EGNOS SoL services!

Finally, this new SDD release analyses for the first time the Performance Based Navigation (PBN) specifications and their relationship with SBAS, in particular with all EGNOS SoL Service Levels. This is displayed in a table that summarizes in a very comprehensive manner the relationship among International Civil Aviation Organization (ICAO) SiS performance requirements described in Annex 10, the PBN Navigation specifications described in the PBN Manual and the three EGNOS Service Levels (NPA, APV-I and LPV-200), profusely described in the SDD and considered key enablers.

Take a close look to the new SoL SDD, and do not hesitate to contact us in case you have any question!