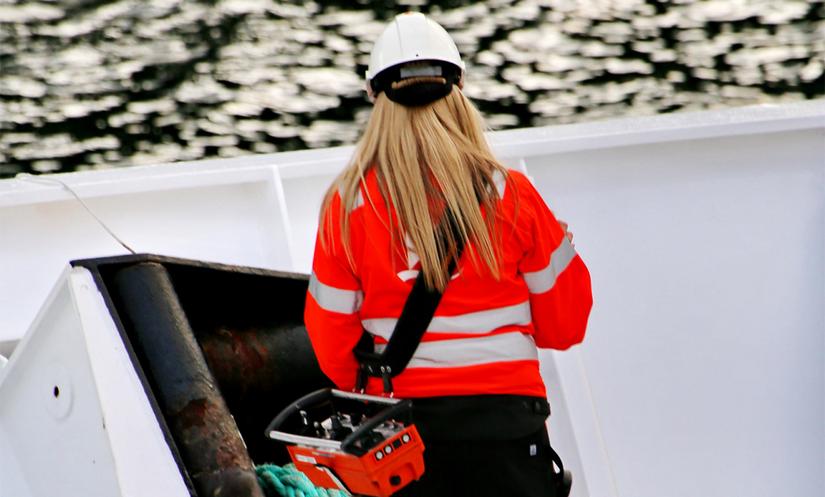 Space opportunities for safer maritime operations in Europe and beyond

Safety of life at sea and ocean protection have always been a top priority in the maritime sector. EUSPA is developing space services, tailored to the needs of this sector that generate tangible benefits to end users.

Maritime transportation is the backbone of the worldwide economic growth, representing 80% of the global merchant traffic. Europe is one of the leading maritime centres in the world with 329 key seaports along its coastline. In particular, the EU controls c.a. 30% of the world merchant fleet with five Member States claiming top fifteen positions (1st Greece 17.6%, 7th Germany 4.1%, 10th France 2.7%, 14th Denmark 2%, 15th Belgium 1.5%).

For Europe to remain a top player in the waterborne transportation, the European Commission is investing in digital technologies that ensure safety of passengers and crew and minimise the environmental impact of maritime operations. Many of these new technologies rely on data and services generated by the EU Space Programme.

Safety of human life at sea with Galileo SAR-RLS beacons

The launch of the Galileo constellation means a lot more than accurate navigation. The system was set up to also protect EU citizens through various services, one of them being the Galileo Search and Rescue (SAR) service, which in January 2020 announced a breakthrough feature: the Galileo Return Link Service (RLS).

Thanks to Galileo RLS, sailors in distress, with the appropriate beacon, will see a light indicating that their location has been established and the signal has been picked up by the first responders. So far, Galileo is the only constellation to offer such service to end users. The Galileo RLS increases survival rates by giving an important psychological boost to people in distress. Experts of Cospas-Sarsat estimated that the international SAR system, with the contribution of the Galileo Search and Rescue service, saves more than 2000 lives a year. To promote the market uptake of Galileo RLS beacons across the Union, EUSPA funded the HELIOS project, which equips beacons with this new feature. The first beacon with return link capability, the FastFind ReturnLink PLB, became available in Europe in March 2021.

Intentional satellite interreference is not a new issue. Lately, however the maritime industry has been increasingly facing GNSS spoofing incidents (Black Sea in 2017, Shanghai 2019, Louisiana 2020). Erroneous data of a vessel’s position, speed and direction poses real threats to its own operations but also to surrounding ships, especially those carrying dangerous goods. From leaving both crew and shipments vulnerable to hijacking and theft to guiding a vessel off course, the implications of falsifying GNSS signals can negatively impact the Union’s blue economy.

To contribute to the detection of GNSS attacks, the EU is currently testing the Galileo OS-NMA service. This forthcoming service is an authentication mechanism that allows GNSS receivers to verify the authenticity of GNSS information, making sure that the data they receive are indeed from Galileo and have not been modified in any way. Such a service will ensure the integrity of Europe’s own positioning system and will make it a pioneer in GNSS spoofing detection. Two projects funded by EUSPA, ASGARD and Blueblox-Porbeagle are integrating this capability in Galileo DF shipborne receiver for navigation (ASGARD) and for position reporting in fishing vessels (Bluebox-Porbeagle).

Global waterborne trade is on the rise and expected to double by 2030. The addition of new built vessels and their respective increase in size are squeezing shipping lanes. Coupled with the sprouting of wind offshore farms and the designation of new protected aquatic areas, marine traffic now requires new levels of stringent accuracy.

Galileo is the basis of an important layer of accuracy in open waters while the use of EGNOS corrections Europe wide is already making a difference in many inland waterways and ports.

Going one step ahead, EUSPA is currently developing a new EGNOS service dedicated to the maritime users, which will complement and serve as an alternative to the local DGNSS networks currently deployed along the European coasts. Additionally, in the maritime and inland waterways sector, EUSPA is supporting members states with the upgrade of shore station equipment that enables the transmission of EGNOS corrections over IALA Radio beacons and AIS stations.

Below-meter accuracy provided by the EU Space Programme allows for precise manoeuvring at congested ports or constricted waterways while it also improves safety at sea.

Satellite images offer valuable input in decision and policy making as well as emergency response. From rapidly tracking oil spills to supporting authorities in managing incidents such as the Suez Canal Obstruction, Copernicus is a decisive resource of the European Union in ocean protection in line with Sustainable Development Goals 13 and 14. 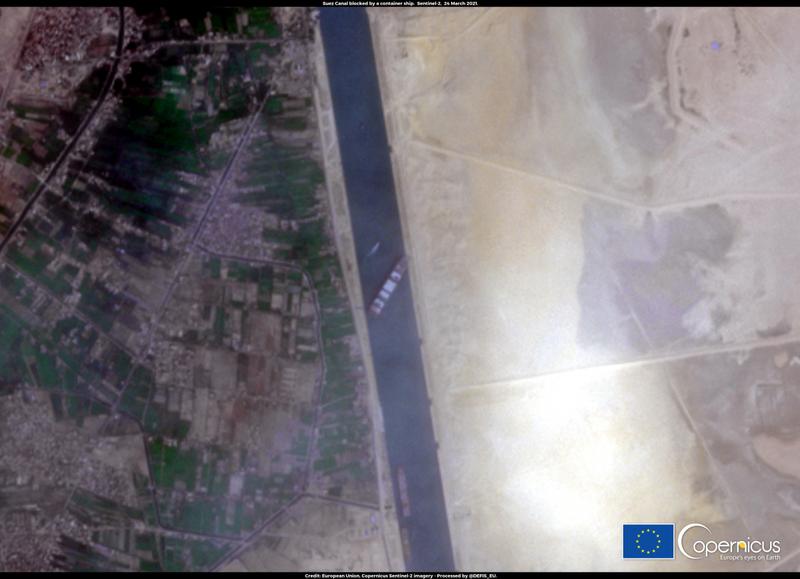 Copernicus services include a Maritime Surveillance component that, in addition to other products, allows for the monitoring of ships and supports authorities in managing maritime traffic emergencies.

Also, by combining satellite technologies, maritime operators are able to better plan and execute the itineraries of their fleet. For instance, Copernicus can generate precious data on the strength and direction of ocean streams. Combing this knowledge with precise navigation offered by Galileo and EGNOS (in Europe) vessels can optimize their routes, spend less fuel and curb emissions. Prepare-Ships Project funded by EUSPA is developing such an application.