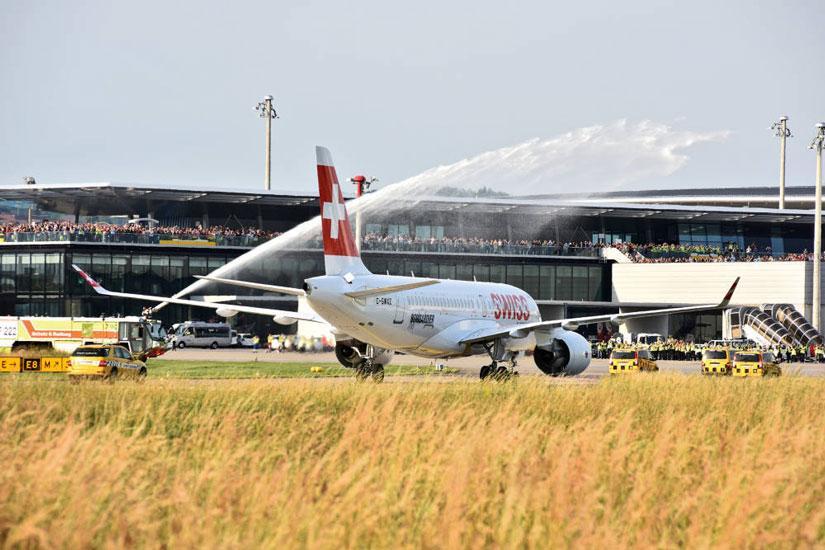 Bombardier new CS100 and CS300 series are fitted with Rockwell Collins Pro Line Fusion avionics suite and certified for the use of Satellite Based Augmentation Systems (SBAS) from factory. Before the aircraft delivery, flight crew from SWISS received the appropriate training to conduct RNP APCH (required navigation performance approach) to LPV minima. 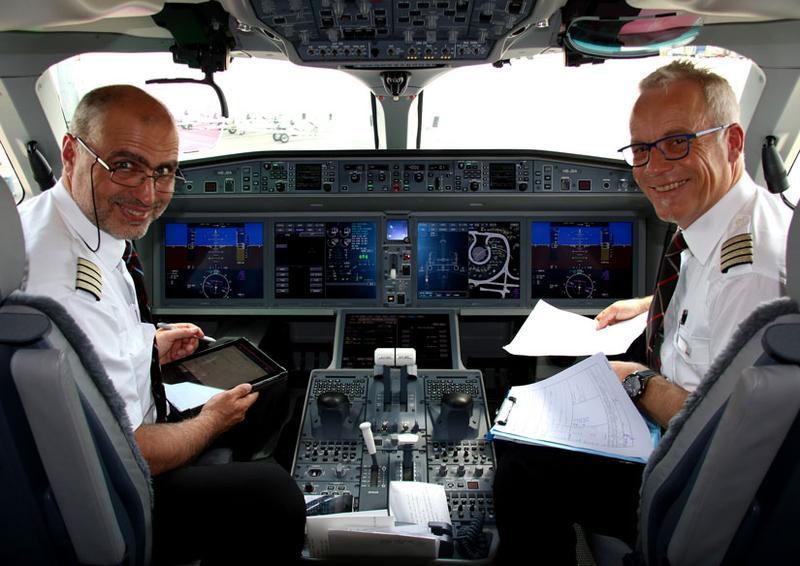 On the 15th July, the world’s CS100 maiden flight took off from Zurich and landed in Paris CdG. The approach was performed flying an EGNOS based LPV-200 procedure. LPV-200 enables aircraft approach procedures that are operationally equivalent to CAT I instrument landing system (ILS) procedures without the need of any navigation ground infrastructure at the airport. This allows for lateral and angular vertical guidance during the Final Approach Segment (FAS) without requiring visual contact with the ground until a Decision Height (DH) down to only 200 feet above the runway (LPV minima as low as 200 feet).

“ESSP is proud that SWISS chose the EGNOS based approach for its CS100 maiden flight, and is happy to welcome the airline to the list of European operators which are currently benefitting from EGNOS in their daily operations”, said Thierry Racaud, ESSP CEO.

“The accuracy and stability of the LPV guidance is impressive, as completely independent from ground installations. Lowering the LPV minima down to 200ft in Europe is a great improvement and very valuable. The approach procedure is straight and simple, and there is no necessary changeover regarding the FGS with respect to conventional approach aids” confirmed Peter Koch, Chief of Bombardier C Series Fleet at SWISS. 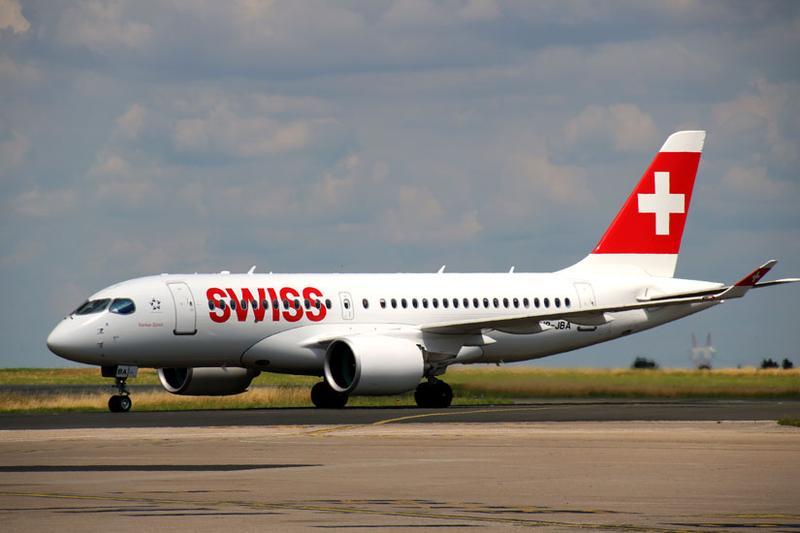 ESSP is the EGNOS Service Provider, under contract with the GSA.
Swiss International Air Lines (SWISS) is Switzerland’s national airline.